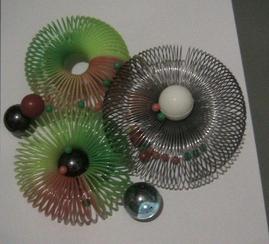 All other models will be subsets of this type of model.(including Quantum & Classical).

xvi) A structure for dark energy

xxi) A mechanism that curves space to create Energy & Matter
No one to my knowledge has any of the above, let alone all three & more in the same book
Also includes solution to “What came first the chicken or the egg?”
Legal. Everyone seems to have a legal section with writing you can't read so I added mine. Don't do anything that may end up in litigation I take no responsibility for your beliefs or actions. So if you don't like my site or anything I say just ignore it. Make up your own mind and don't blame me.